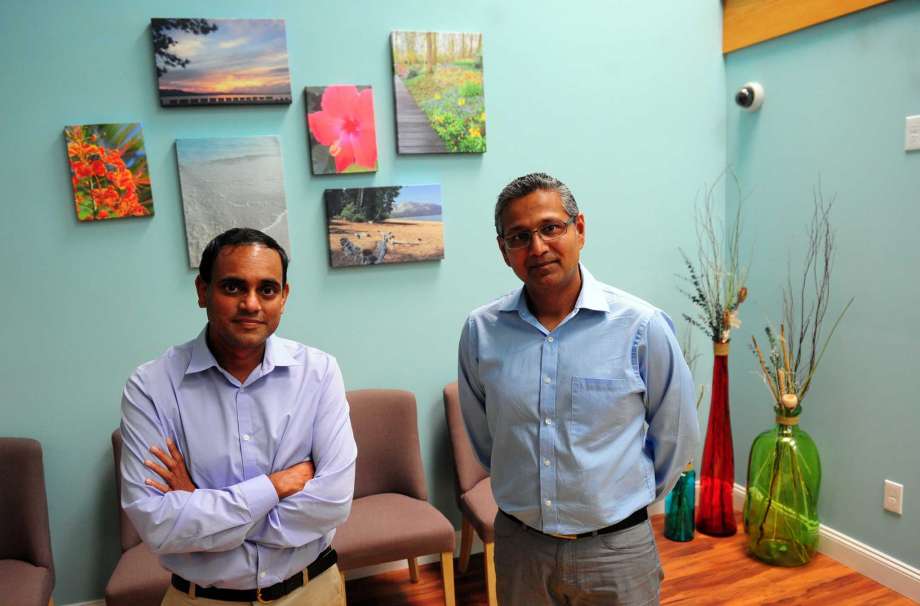 MILFORD — In a peaceful-looking office that resembles a yoga or meditation studio, the city’s first medical marijuana facility is preparing to open its doors, perhaps as early as next week.

The center, Southern CT Wellness & Healing, LLC, is operated somewhat like a drug store. Patients are referred by a physician who is certified to prescribe medical marijuana. It’s run by four licensed pharmacists and the product is consumed in the home, not at the dispensary.

It’s one of two that are scheduled to open in Milford soon. Southern CT Wellness will open in a few days after a final state inspection; it’s at 318 New Haven Ave. A second Milford facility, Arrow Alternative Care No. 2, Inc., at 255 West River St., has been approved by the state Department of Consumer Protection and is expected to open in a month or two, state officials said.

Bethel’s Compassionate Care Center was the first, and at the moment, the only medical marijuana dispensary in Fairfield County. On the corner of Garella Road and Route 6, it opened in late 2014, and its oldest clients are in their 90s. Other dispensaries are in Bristol, Waterbury, Hartford, South Windsor, Montville and Branford.

But if you think you can walk in off the street and ask for a sample, think again. Patients have to have an appointment just to get in the door to talk to the receptionist. Then, after it’s determined that they have a prescription in hand for medical marijuana, they’re buzzed in a second time to meet with a pharmacist.

“You have to verify that you are a participant with the Connecticut medical marijuana program before you’re even buzzed in the door,” said Raj Patel, one of the principals. “There’s more than one level of security.”

There are security cameras everywhere and there’s a hefty bank vault where the product and cash are kept. Owing to federal regulations that haven’t kept up with the changing treatment landscape, credit cards and personal checks aren’t allowed, at least at the moment.

The product comes in several forms, most are vaporized with a device at home and inhaled. Others are taken orally or are applied like an oil to the skin.

With a push in recent months to limit opioid prescriptions for chronic pain, Tejal Desai, another one of the principals, said that medical marijuana can provide an answer for those with intractable pain.

“We’re looking at several other lines of treatment, too — yoga, meditation, acupuncture — that can benefit the whole patient,” he said. “This will be like an old-fashioned pharmacy in a sense. We’ll get to know the patients and find ways in which they can be helped.”

It will be the pharmacists at Southern CT Wellness & Healing who will determine what marijuana product and dosage will be best for the patient. Because different people have differing sensitivities to the drug, the correct dosage will have to be determined over time, starting with a lower dose and working up from there.

Once considered as a treatment with dubious benefits, today marijuana has entered the mainstream; more than 20 states now allow it, and that list is growing. The conditions that medical marijuana is recommended for include chemotherapy-induced nausea and appetite loss, glaucoma, certain cases of chronic pain and palliative care.

“There’s a growing body of evidence that it’s useful in cases of pain management, seizures and a host of other conditions,” said Dr. Victoria Richards, associate professor of medical sciences at the Frank H. Netter MD School of Medicine atQuinnipiac University. “Also, nausea, vomiting and to improve the appetite.”

State officials say that there are more than 11,000 patients living in Connecticut who have qualified to receive medical marijuana and that list is growing.

“Our program is one of the most secure programs in the country, and the first program developed using a pharmaceutical model,” Jonathan Harris, Consumer Protection Commissioner, told Hearst Connecticut Media. “Doctors and other health care professionals now have the option to provide this effective medication to their patients who are less and less being stigmatized and more and more being recognized for what they are, our family members, friends and neighbors who need and deserve to live a healthy life.”